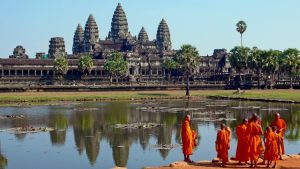 Southeast Asia is one of the most tourist-packed destinations, and among those southeast Asian countries, Cambodia is sadly the most neglected of all despite many attractions.

Cambodia is known for its magnificent Angkor Wat and the legacies of the Khmer Rouge Empire, but it is also known for its security issues and land mines. Both of these facets play the biggest role on the repelling and attracting of tourists and historians which resulted to a wonderfully developed tourist infrastructure. For so many years, tourists are more attracted to Cambodia’s famous Angkor Wat. Because of these, many foreign tourists miss out on many opportunities in seeing more of Cambodia.

Phnom Penh is the capital of this mystical country. It is located in between the Vietnamese border and Angkor Wat and over the years, the capital of this beautiful country has transformed into a cosmopolitan city. Because of this, Phnom Penh did not just evolve into a typical cosmopolitan city. It transformed into a busy city infused with Cambodia’s deep culture.

Their street food is also one of the best treats you can find in this country! At the crossroad of China, Thailand and India, Cambogia has a mix of the best South-East Asian food you will ever taste. As they have plenty of exotic spices from their tropical climate, you will not be disappointed but the multitude of aromas and fragrance that will hit your senses. 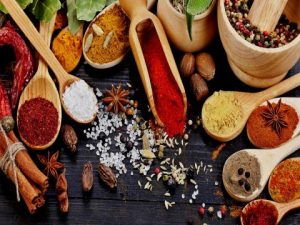 Historically, Cambodia is known for its killing fields. Today, there are so many more activities and destinations you can add up to your itinerary. You can avail for tours, boat cruises, cooking schools, wet markets, night markets, animal refuge facilities, beautiful and scenic boardwalk and many more. Another tourist attraction is Battambag.

Battambag is located in the western side of the country and its known for its beautiful riverside city. There are also convenient hubs for you to explore the hinterlands with its temples. To get there, you can ride a boat from Siem Reap which will be a scenic boat ride crossing the Tonle Sap. You can also reach there by riding a bus. You can even share taxi with other tourists.

Other destinations you can go to is located in the further east. Considered as Cambodia’s “Wild East”, Mondulkiri and Rattanakiri provinces will be a good fit if you are travelling with your significant other. The scenery is truly breathtaking – it will make you fall in love once more.

If you are more of a camping or a trekking kind of tourist, going to the north will be the best fit. You can go trekking in Virachey National Park. You can visit local towns and visit nearby waterfalls. Just like Chipat, Sen Monorom is also a developing tourist attraction.

Of course, no one should miss out on Angkor Wat. It is the biggest temple complex. In fact, it is known as the largest religious monument in the world. Originally started as a Hindu temple, it gradually became into a Buddhist temple towards the end of the 12th century. It is also the most preserved temple in the entire world. Historians say that Angkor Wat is mimicked to the home of devas in Hindu Mythology.