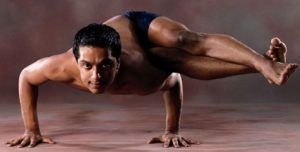 Yoga is considered one of the healthiest training philosophies available to fitness fans.

Developed in India thousands of years ago, and perfected up to this day, it has been used by practitioners to develop and reach their full physical, mental and spiritual potential.

There are many different yoga teachings, and they differentiate depending on the tradition and the teacher who shares the knowledge. But most of the yoga classes and exercise routines you can easily find online are focused on fitness and health improvement.

There is a multitude of benefits that come from practicing yoga on a regular basis. In this article we’ll examine the most important ones that can be achieved even by beginner practitioners.

The most obvious benefit of yoga is improved flexibility. Yoga is to put it simply, a combination of stretches that improve blood flow, and lengthen muscular tissue. Doing yoga for the first time often seems like an exercise in futility, with most students not being able to even touch their toes. But after a few weeks of practice, harder static positions like backends can often be performed with decent form.

Yoga workouts are a great way to improve posture as well. Bad posture is often caused by tight hamstrings and hip flexors. These muscles are tight and tense mostly because of too much sitting. If you sit in a weird position with your legs twisted to one side, you could easily be suffering from muscular imbalances as well.

Yoga can bring your posture back to normal, by releasing and lengthening the hip flexors and hamstrings. It also strengthens the lower back, providing you with more strength to the muscles that keep your belly from protruding forward. These improvements also get rid of a forward neck posture that causes migraines and put’s further stress on the lumbar spine.

If you have postural problems though, make sure to mention them to your yoga teacher and ask for specific exercises that will improve them faster.

If you’ve wondered why supplements like Nitric Oxide and Creatine are helpful in building muscle mass, a large part of the answer is – increased blood flow. With increased blood flow the muscles get more nutrients and oxygen, which means that they get more protein and are able to recover faster from workouts.

This is the same effect that you can get from doing yoga, especially twisting movements. Twisting movements draw oxygenated blood from the rest of the body into the muscle once the twist is released. It also thins the blood through the process, decreasing the chances of heart attacks, strokes and other cardiovascular diseases.

Yoga has a soothing effect for our whole system. The relaxation and mental benefits are often mentioned as being especially powerful, which is why yoga becomes such an addictive habit for many who try it. The reason why yoga relaxes the body and improves mental functioning is due to reduced cortisol levels.

Cortisol is secreted by adrenal glands in response to stress. It is often called a stress hormone. However, it should only be secreted during highly stressful situations. In our busy world, this mechanism often malfunctions, and we get attacked by constant cortisol highs which cause anxiety, stress, low energy levels and decrease our general feeling of well being.

Through the focused, relaxed breathing that occurs while doing yoga, cortisol levels return back to normal, and usually stay that way for the rest of the day.

If you’re looking for a training approach that can be used in conjunction with lifting weights, you’ve found it.

Yoga can be used both as a supplementary training activity and as a stand-alone. It definitely won’t turn you into a huge bodybuilder, but it can make you feel good, look good, and take your flexibility levels to heights you never thought were possible.

This entry was posted in Fitness. Bookmark the permalink.