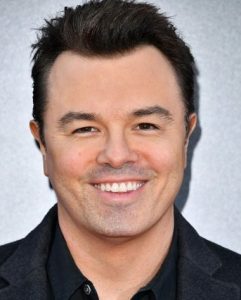 Hi Mike here, this blog is just about what I may be thinking about when I feel like posting something, to put it simply.

The MidPoint Cafe was built during the early days of Route 66 by Jennie Van der Wort of Adrian, Texas. Initially it was simply a one-room cafe with a packed dirt floor. It was first leased to Zella Crim, a life-long waitress who had long dreamed of operating her own cafe, in the late ‘30s or early ‘40s. Zella had come to Adrian from Oklahoma specifically to build her own restaurant. She had many different specialties, especially her barbeque. Unfortunately, she kept those recipes to herself and never shared them.

Zella passed away in the ‘50s and “Zella’s,” as it was then known as, was sold to Dub Edmonds and Jesse Fincher, who made an extensive addition to the original building. When Jesse and Dub took over the cafe, they added much needed space to the building. They enlarged the cafe to its present size and converted the original cafe into a “banquet/community room.” The original part of the cafe became the town’s “banquet hall,” where many parties and meetings were held. The new addition included living quarters above the restaurant. This was the original “Jesse’s Cafe.”

The gas station to the west of the cafe also underwent renovations with the addition of a canopy over the original structure. This addition was built directly over and around the older building…if looked at closely, the first building can be seen under the newer portion. Jesse ran the cafe portion of the business while Dub operated the gas station next door. Business was good when Route 66 was the main highway….the cafe was operated 24 hours a day and was one of five cafe’s in town.

When Route 66 was by-passed by Interstate 40, Jesse and Dub opened a second “Jesse’s Cafe” in Wildorado, 26 miles east of Adrian. They eventually sold the Adrian location to concentrate on business in Wildorado. This cafe became a very successful venture, serving I-40 travelers and citizens of Amarillo who knew about Jesse’s cooking…especially his pies.

The original cafe in Adrian didn’t fare as well, sitting off of I-40 on the old road that had once been “bumper to bumper traffic.”

Fran H. purchased the building in 1991 with plans to open an antique store. Plans changed…the banquet room/original cafe became the collector’s dream while Fran began to cook for the local community and tourists that stopped in. By 1995 Fran realized the cafe was ideally located at the center of Route 66 and changed the cafe’s name to “MidPoint Cafe and Gift Shop,” changing direction yet again to replicate the look and feel of the cafe as it was in the ‘50s and ‘60s. The MidPoint Cafe has been serving friends and guests from around the world ever since.

The blog was mostly setup so that my friends could read some of my prose, and I hope to keep it running for a long time, maybe until I die.

I like travelling, exercising, martial arts and movies, in short these are my hobbies, so this is mostly what this will be about.